Homepage / The Company / About Us 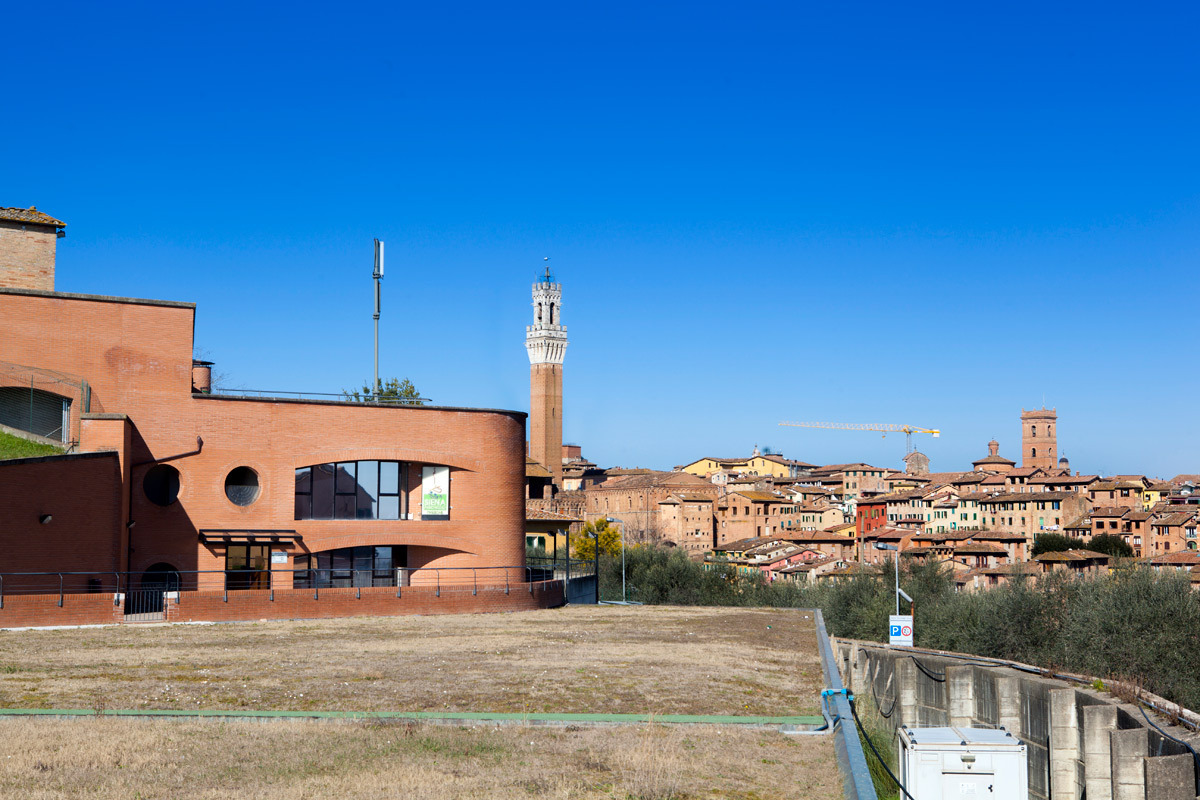 Different charges, parking facility and street level parking, technologies to guarantee information to all the users and to keep them informed about parking spots occupied inside the parking lot or about new services as for example the prepaid “Sostapay” card.

All this is “Siena Parcheggi”, a public limited company thought up and realized by Siena Municipality, to help public authority to manage parking and mobility in the City.

Siena owns the oldest restricted traffic area of Italy, one of the first in Europe and the most extended with almost 31sq.m per inhabitant. In “Piazza del Campo” the traffic circulation is limited since 1962 and five years later, the first City Centre road closure became reality.

Starting from the end of the ‘60s, the city had set the target to deal with the car circulation problem, beginning from the City Centre safeguard.

The different charges, one of the lowest compared to other cities of the same appeal, are the code feature of the offered service. Especially convenient for residents and for those who have a major need to make use of parking spots of the City because of work.

This is the parking car system managed by “Siena Parcheggi”, divided into interventions strictly coordinated and integrated within them, for a total of over 4,700 parking spots.

To quote some data, the annual flow of Siena’s car parking exceeds 2 million between short stay, “Sostapay” and subscribers.

We are talking about 7 multi-level car parks and one street level car park in a delimited and controlled area, for a total of over 4,000 spots. Situated around Siena´s City Walls, these car parks are useful docking areas for those who wish to be very close to the City Center: “Campo” (589 spots), “Duomo” (228 spots), “San Francesco” (299 spots), “Santa Caterina” (512 spots).

For those who need to go to the University General Hospital, the best facilities are the “Eliporto” (741 spots) and the “Fastpark” (459 spots), adjacent to the hospital facility, their rates are studied ad hoc for all the customers of this area. The multi-level car park “La Stazione” (502 spots) next toto the Train Station, represents an incentive parking in the facility, therefore with controlled car parking, and it is quickly connected wheatear with the City Centre than with the Hospital Department thanks to the public transport and to the numerous lines crossing each other near the Train Station.

There is also the “Stadio-Fortezza” car park (709 spots), perfect for those arriving from the Northern side of the inner city. This one is a street level car park in a delimited and controlled area. More deeply, it´s an outdoor parking facility but delimited with entrance and exit and also controlled by personal and technologies. It is built on two levels, one at the foot of the “FortezzaMedicea” and the other one inside the Stadium “ArtemioFranchi” area.

Car park facilities, in an integrated mobility logic, are also combined with mechanized escalator plants (for a total of over 3.5 million passengers per year) or with public transport lines which guarantee short waiting times.

These parking areas are especially recommended for quick transfers.

“Siena Parcheggi” manages, on behalf of the Municipality of Siena, all the telematic passages (27 in entrance and exit) equipped with security cameras, which control the entries of the Limited Traffic Area (Ztl).
Still on behalf of Municipality of Siena, the Society deals with the delivery of inspection stickers for the citizen parking in Ztl areas and the distribution of temporary authorization (until 3 days).

The Tourist Couches serviceis about the Check Point management – parking and docking areas for passengers getting in and off. This is an important stream that guarantees around 20 thousand paying bus and over 800 free authorizations for Hotels that guarantee the facility access. The two tourist couches parking areas host also equipped car parks for Camper Van with a stream of almost 5,000 vehicle per year.

Infrastructures and technologies for the Road Mobility, the SìPark App

With the car parks integrated management system,the centralized control system, the technologic systems installed in the car parks, the tourist coaches docking areas systems, the redirecting system to the car parks through RDS and theroad signs with variable text (VMS), “Siena Parcheggi” supports oneself on an high technologic level to offer qualified services to its users. The high level of integrated technologic systems allows the utilization of data to transmit real-time information to users with a multichannel system.

Through the “SìPark” app, which can be downloaded from the website, it is possible to identify the vacancy of the car park facility. Real-time information about car parks vacancies can be obtained from the car radios equipped with RDS system on the “Antenna Radio esse” FM 91.25 – FM 93.20 – FM 93.50 – FM 99.10

Road signs with variable texts, about car parks vacancies on the main arrival directions of the City, complete the informational offer for the users.